Shortly after Miller Park opened ESPN's Page 2 launched their Summer Ballpark Tour.  Three ESPN writers hit the road to grade each baseball park and what their experience was like.

Tailgating Is Always a Winner

In his review of Miller Park, ESPN's Jim Caple raved about the one activity that was a holdover from the Brewers' days at Milwaukee County Stadium - tailgating. His remaining positive comments were reserved for the sausage race.

Baseball never smells so good as it does in the Milwaukee parking lot.

Regarding Miller Park, Caple wrote, "...the stadium looks more like the terminal at LaGuardia airport than a baseball stadium." Caple was also critical of the interior of Miller Park because fans are not "able to walk around the entire stadium and see the game from any and every spot."

NBC Sports Washington, Not a Fan

A more recent ranking was done by NBC Sports Washington in 2020, which was equally critical of Miller Park, also ranking it 17th among the current big-league parks.

According to NBC Sports...

"The windows that allow natural light to flood center field are a nice touch and Bernie Brewer's yellow slide has developed into one of Milwaukee fans' favorite attractions. However, the retractable roof looks ugly from the inside when closed and the stadium sits several miles away from downtown Milwaukee. As much as the ballpark caters to the 21-and-over crowd with some of its amenities, Miller Park is still far from perfect." 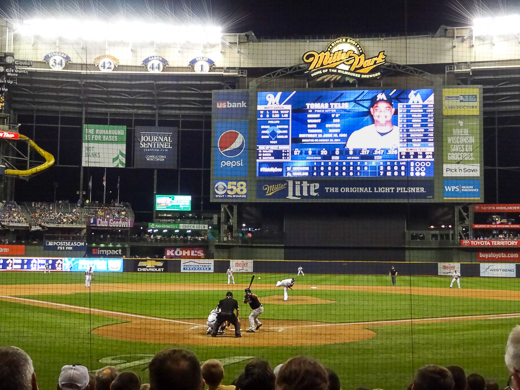