A Tragic Day at Miller Park

On July 14, 1999 at approximately 5:12 pm, three iron workers were killed when a Lampson "Big Blue" crane collapsed while attempting to position a 400-ton right field roof panel into place.

The workmen, Jeffrey Wischer, William Degrave, and Jerome Starr were observing and directing the pick from a hoist bucket when the accident occurred. Resulting damage to the stadium was estimated at $100 million. The widows of construction workers killed in the crane accident were awarded $99 million in damages.

Before July 14, Big Blue had already successfully lifted and put in place nine 400-ton roof sections, but those lifts had been conducted in calm weather.  On July 14, wind gusts up to 26 mph had been recorded and many ironworkers argued that the conditions were too dangerous to make a pick that day.  However, it was decided that work would proceed as planned.

In the litigation that followed, it was determined that wind and contractor negligence contributed to the cause of the crane's collapse.

OSHA Video of the Accident

WISN-TV 12 of Milwaukee Looks Back 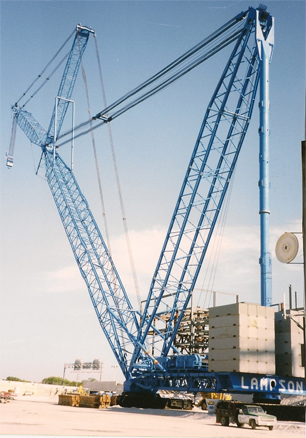 Big Blue, a Lampson TransiLift III with a 340 ft main boom and a 200 ft jib, on-site at Miller Park. 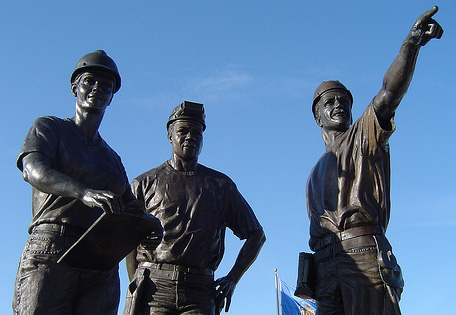 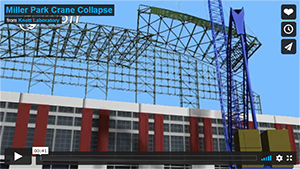